This morning I got a little extra sleep because there was a thunderstorm during my running time. After getting up later I made the kids breakfast and then headed out the door. It was much cooler today! While I was running I saw the aftermath of the storm from the other day. There were several trees down on the trails and debris all throughout the town. Also, randomly, I passed another runner who was running with no shoes on! That was a bit odd! After my run I joined my fitness group for a stretch and recovery workout! It was much needed!

Because of sleeping in my whole schedule and day was thrown off. It took me most of the morning to get my mind back on track. I had to stop in the middle of the day to spend some time with God just to refocus my mind and to become okay with the fact that I was not as productive as I wanted to be. After spending that time, I felt much better and was more relaxed.

Today on my list of priorities was to spend time with Alaina. She has been needing some time alone with me and more than just 10 minutes. So my goal was, no matter what happened in the day, I needed to spend a good amount of time with her.

This evening, after dinner, she and I headed out to the trail on our bikes.  The whole time we were riding she continuously chatted about many things.  We talked about what style of clothing she would like to look for when we go school shopping, how she felt about bike riding and many other random topics. Our plan was to ride our bikes until we found a perfect area along the trail to plant a blanket and sit down and cuddle and spend time together. We went for about 3 miles before she found the perfect spot.

We sat in a break between the trees where you could see the sun going down and it was nice and warm.  It was a cool night and the ride was a little cold but where we sat was warmed by the direct sunlight! She took some pictures and then asked if we could cuddle and talk. As we laid staring at the blue sky and swaying trees I asked her what questions she had for me. I told her she could ask me anything in the whole world.  The one question she asked was “why did you ever start working out in the first place”.  I never would have guessed she would ask this! LOL 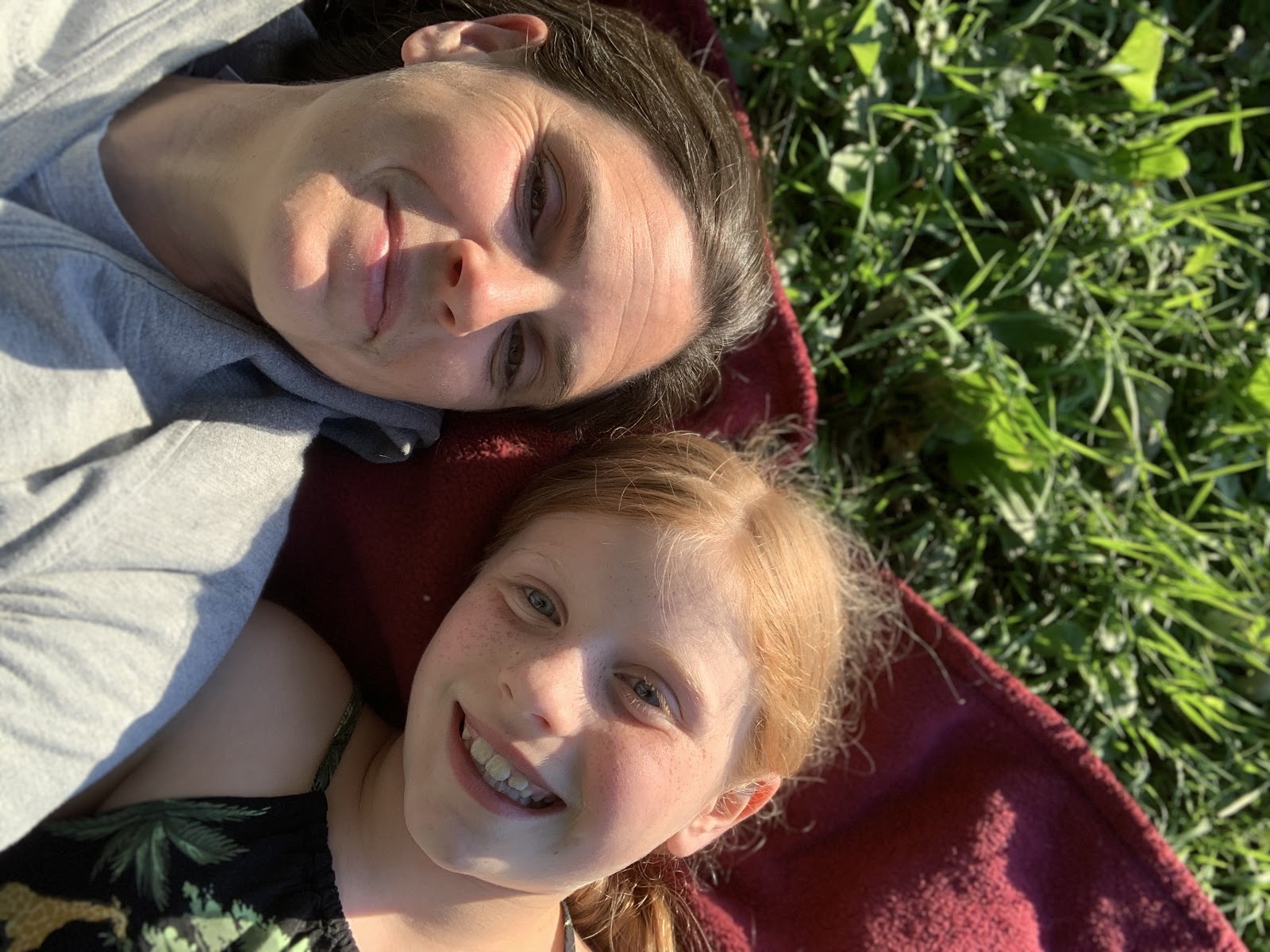 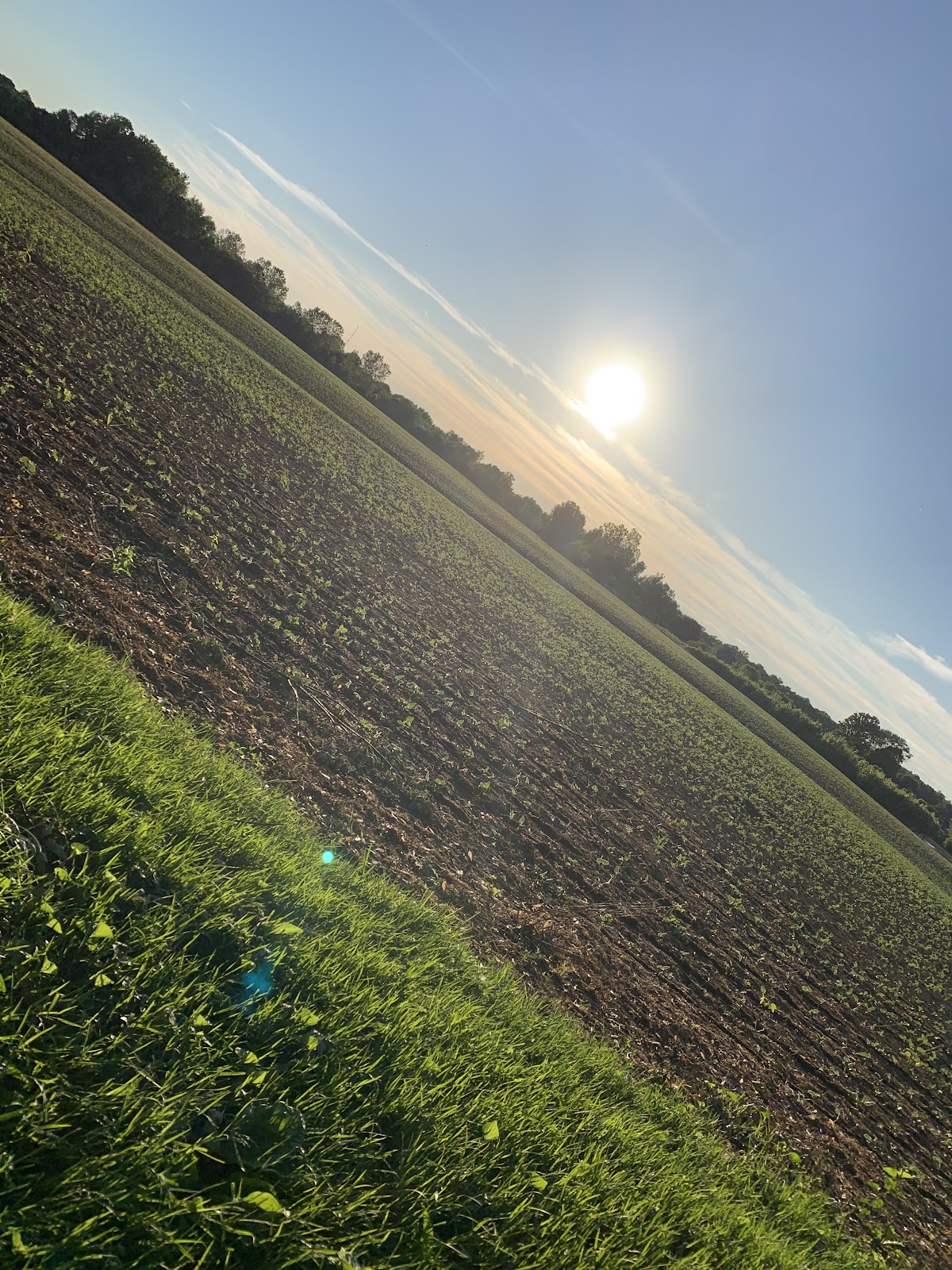 After answering this question it led to many other conversations. As we talked, she kept interjecting, “thank you for spending time with me mommy, I really needed this” or “this is so perfect, it is the most fun alone time we have had in a long time” and so on. She was so grateful to be with me and it didn’t matter what we were doing! God has really been blessing me with these moments lately.

On our way back home Alaina was talking about how she wished she could be near a train in person when it was going by to see it up close. She has seen them from a car window but not from outside.  As we went over the second set of tracks I looked both ways and there was a train! It was sitting on the tracks a little ways down, not moving. At first I just pointed it out and kept going and then glanced back and saw there was a little drive that drove past where the train was sitting. So I asked Alaina if she wanted to go down the path to get next to the train and see it. Of course she was ecstatic!  So we did! When we pulled up next to the train we parked our bikes and walked down the side of it.  I showed her the parts of it and how it ran and then we saw the conductor! She got to say hi to him! Needless to say the rest of the way home was filled with excitement and she told me this was more exciting than going on any trip or anything! She was so blessed by this simple moment.

When we returned we put the other kids to bed and I spent a little more time with her going through a puberty book she has been dying to read with me. It is funny the difference in response from one kid to the next. Addie was crying because I made her read it with me and Aliana has been asking to read it for over a year now! 🙂  She had great questions and seemed to understand the ideas of how and why God made our bodies the way he did.

We were both so thankful for our time together.  The Lord is so good to give such awesome blessings to us!

Final thoughts and challenge:  Today is such a good reminder to me to continue to listen and obey when God is prompting me to do something.  There are so many times I do not listen or I talk myself out of thinking it is God who wants me to do something. I can see from the blessings of the times I do act of what He is telling me that I must have missed out on so much from not listening. This morning as I was running, I had the thought pop into my head, take a bike ride with Alaina today, she needs your time! The way my day went, I could have easily just said I would do it another time and fill the time with the things I “needed” to get done, but look at what she would have missed out on! Look what I would have missed!

Are you listening to the tugs and promptings in your mind and heart? That random thought or idea you have, might not be so random. Practice acting on your promptings. Pay attention to the fruit that it yields and that may be the push you need to continue to be obedient to do what is being asked of you:)