It’s the last day of July wow! This morning I ran and then worked at the school for about an hour and half then got back in time to workout live with my group. I’m only able to do this a few more times 😦

During my God time I was reminded that this season is not a race it’s a marathon.  I think, like many people, I am looking for this to all end and quickly. Everyday it becomes more apparent that this will take a very long time and the after affects will be years to come. We really need to stay focused on what we do with this time now and not just sit around waiting for the race to be over.

I’m reading a weekly devotion in the Bible app called “Ruth: A Story of Redemption”. Ruth is really a beautiful story of how the Lord works all things for good. When you look at Ruth’s life you can see the pain and trials she went through and she could have lived her life to the end with these things without much to be joyful about but then God comes in and completely blesses her with more than she can imagine.

The author wrote, ”If there’s one thing we can be sure of it’s that no matter how difficult our season may be, we must believe and trust God to provide. As difficult as some times may be, we have to allow our faith to be stretched to the place of trusting God, or our faith will never grow and see the fullness of what God wants to do in our lives.”

It’s been easy for me, even in the extremely hard times, to trust that God will be faithful and see me through and work all things together for good. I think the difference between my past hardships and now is that I cannot see a good outcome. In other times in life I could see the possibility, the way it could turn out to be good but I’m having a hard time imagining what good comes from all of this. For now I choose to focus on my relationships and doing the best with each day I am given. That is all I have so I better not take it for granted!

This morning I woke up with a grand idea in my head. With school less than a week away (for me) and with us not having much time to do many more summer activities, I decided to take the kids camping on my own! Aaron needed some time to work on his YouTube channel without interruption so it was perfect for all of us! I did not tell them until right before we left and they were so excited.

Before leaving, Addie had set up a pretend movie theatre for the family. She played three different characters. She sold us our movie tickets and stuffed animal to cuddle with during the movie (the kids chose Aladdin), then we moved to the snack station where Addie had made fresh chocolate rice crispy treats and lemonade. From there she returned to herself and joined the family for the movie. It was the cutest and fun thing!

After a couple hours of packing and preparing we were on the road headed to the state park that was about 45 minutes away. Because I had not planned this trip I was taking a chance that there would be open sites. Unfortunately when we arrived they were full. So I pulled up Google maps to see where the next closest campground was. I found one and called and they had 4 sites left and it was only about 10 minutes away. The site was still available when we arrived.

The place we camped the first night was much different than we were used to. We normally camp in state parks with a lot of space and not too loud, this campground was more commercialized and had events and what looked like people who lived there for the summer.  Although it was not what we expected we still had a ton of fun. We were enjoying ourselves so much that I decided to try to see if the state park had an open camp site for Saturday and they had one left so I booked it!  We had a super yummy dinner (Alaina said she would much rather eat it than hot dogs over the fire) and then we rushed to the lake before the sun set. The kids loved that they had a slide. The sunset was beautiful and the kids really enjoyed the swim. When we returned there were new neighbors that had put their pop up camper directly behind our tent, there was maybe 4 feet between us. So needless to say we did not get much sleep over night but the temperature was perfect and we stayed dry.

The next morning we enjoyed some more yummy food over the fire, including cinnamon rolls! The kids loved it! It did rain most of the morning but we attended the kids crafts and then they went swimming in the rain. It was much too cold for me so I just watched and then spent some time with Parker after he decided it was too cold for him. In the afternoon I packed up all the wet camping supplies and we headed to Walmart to do grocery pick up for all the items I forgot for the trip, then we got some ice cream and did a little shopping at the outlet mall for some extra clothes. This was the first time the kids had been in a store and they were very excited. The only reason I felt comfortable is because they were only letting in about 6 people at a time and we were 4 of them! So it felt safe to let them shop a little. Later in the day Addie said she was starting to feel normal again because we were able to camp, eat ice cream and actually go into a store. She was so grateful!

It rained off and on Saturday and into Sunday. We slept a little better. The rain was loud all night and woke us up here and there. In the morning we ate a big breakfast and I packed up camp while it was dry and then we went for a bike ride, found a beach that was tucked away and then before heading home, had ice cream one more time! Although we headed home in the early afternoon, the kids were asleep before we left town. 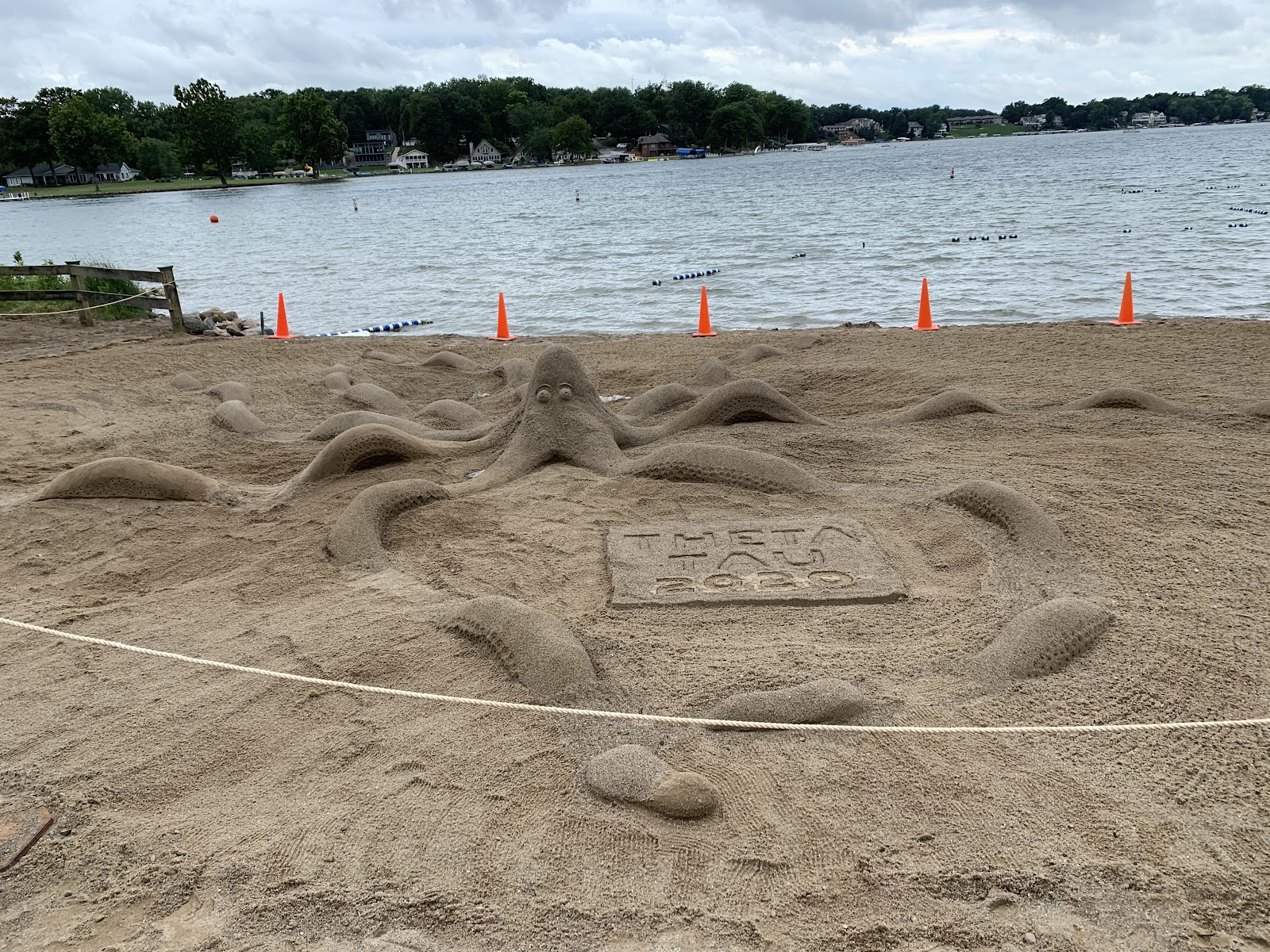 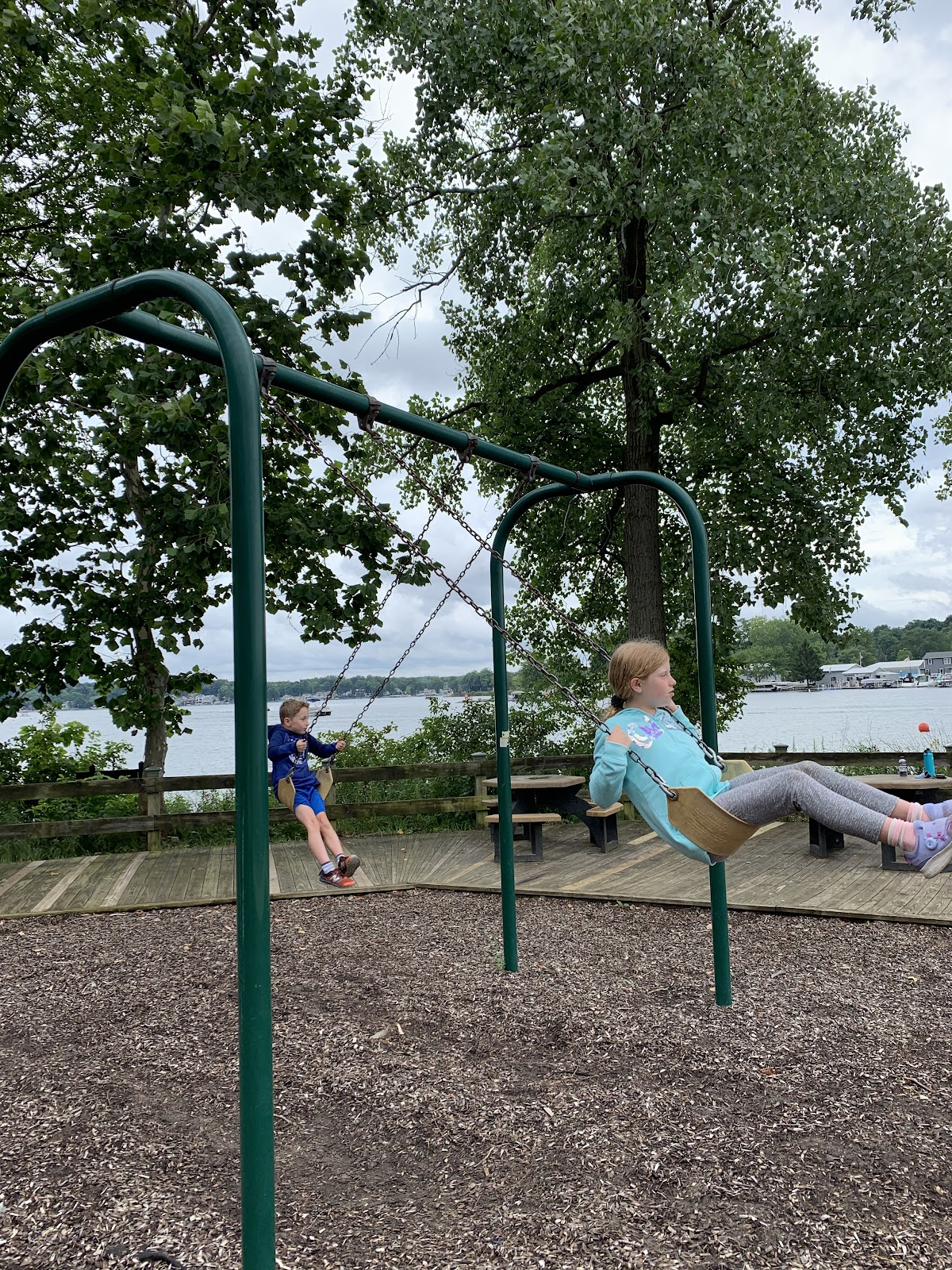 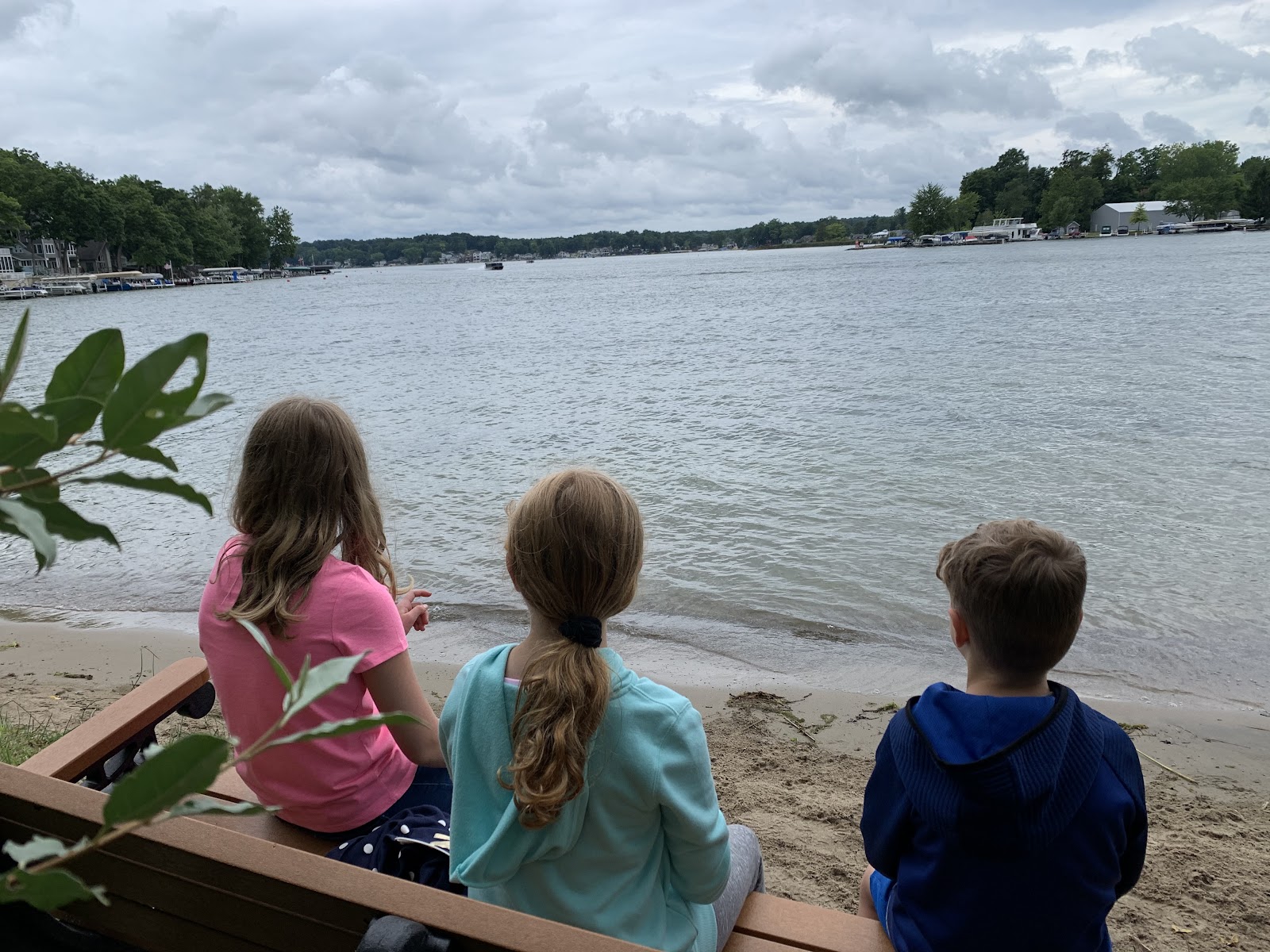 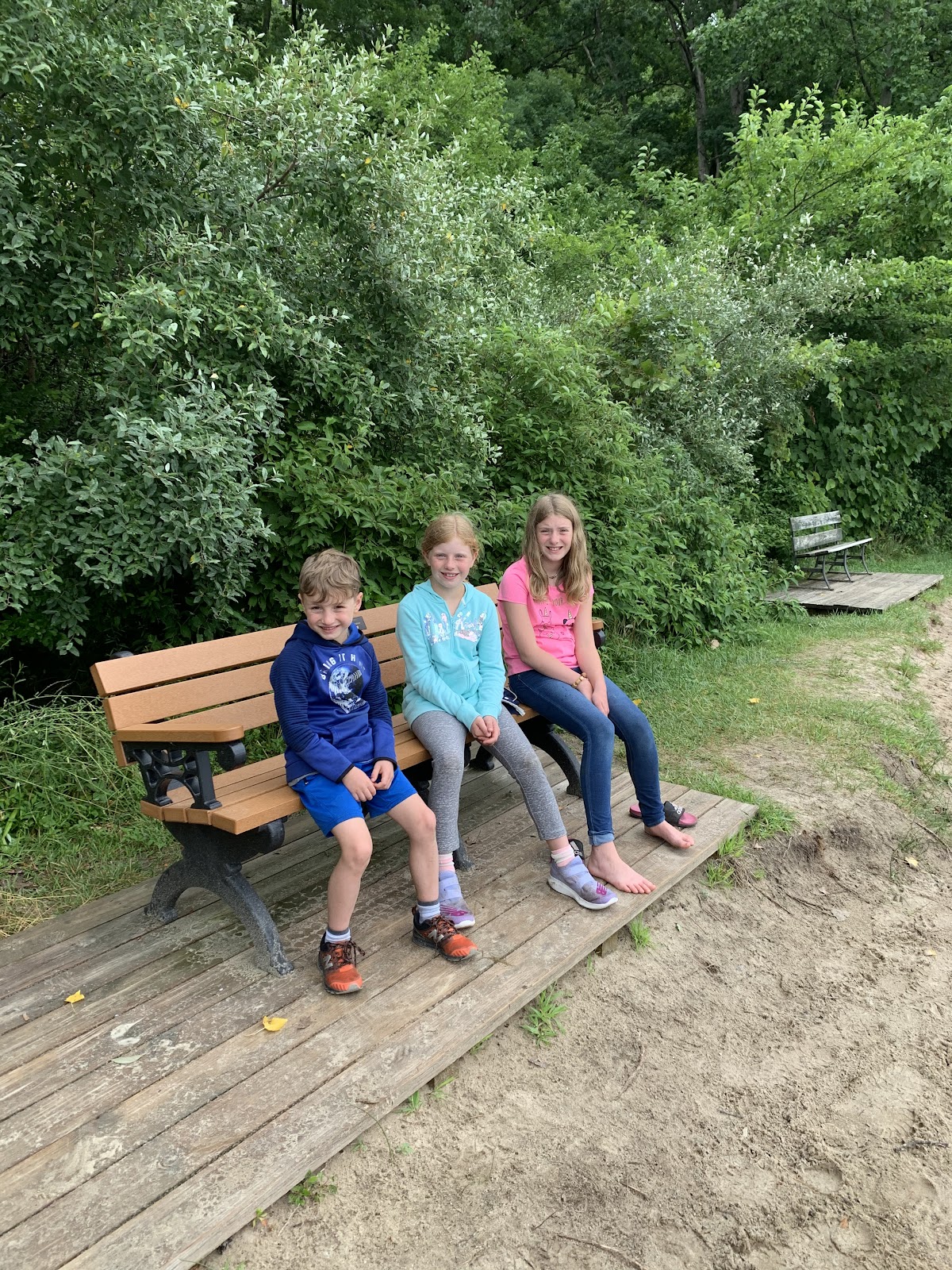 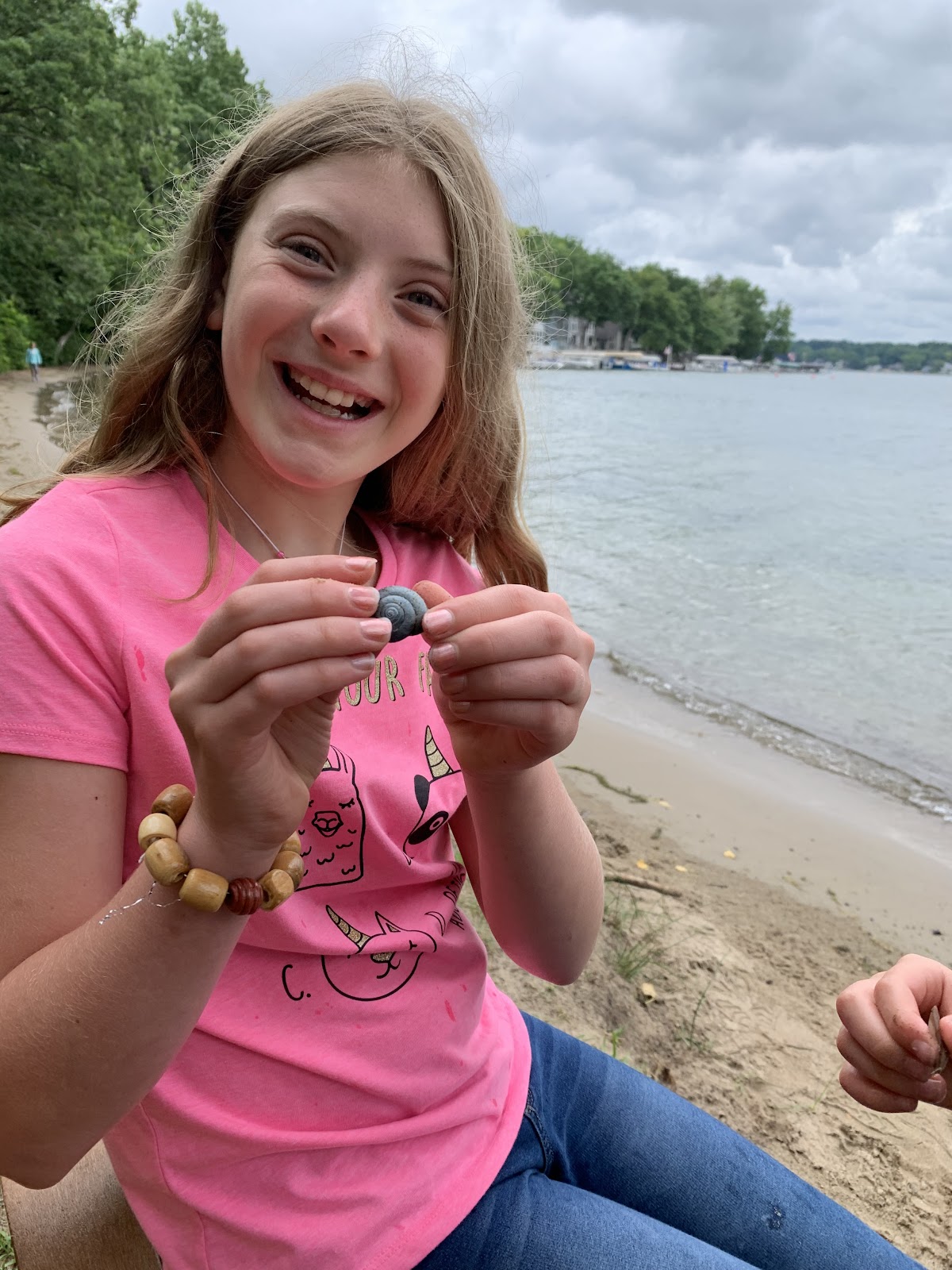 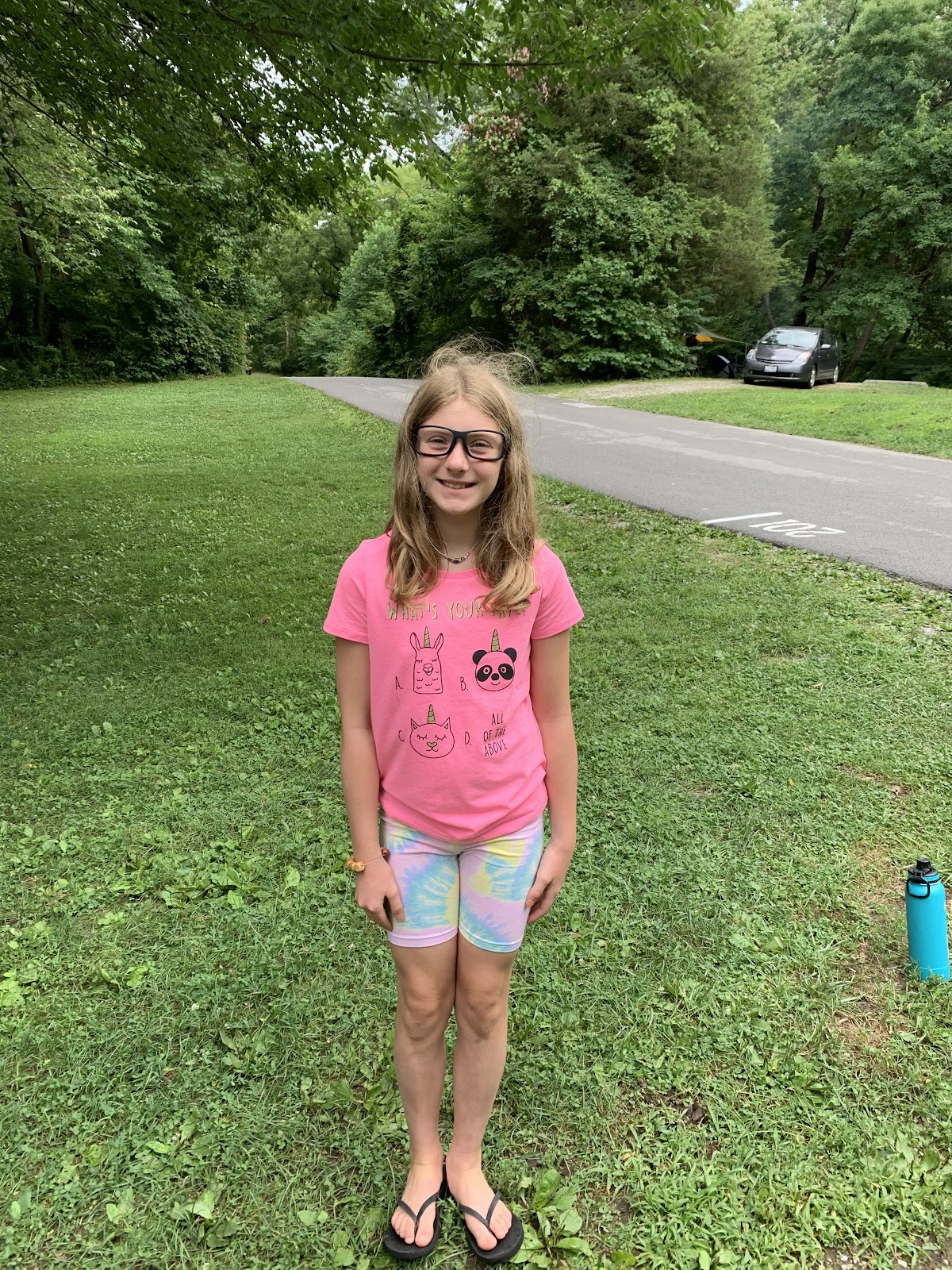 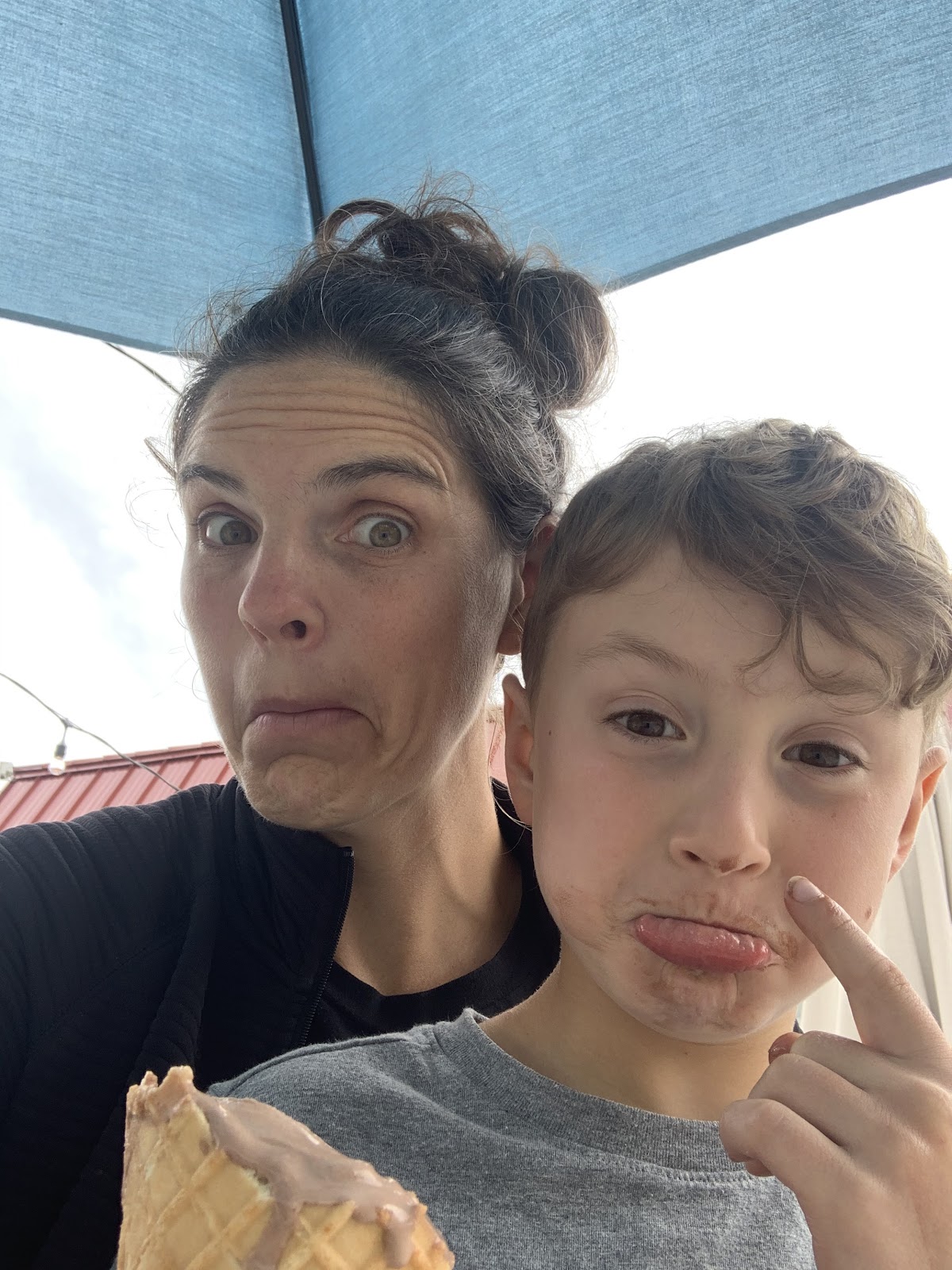 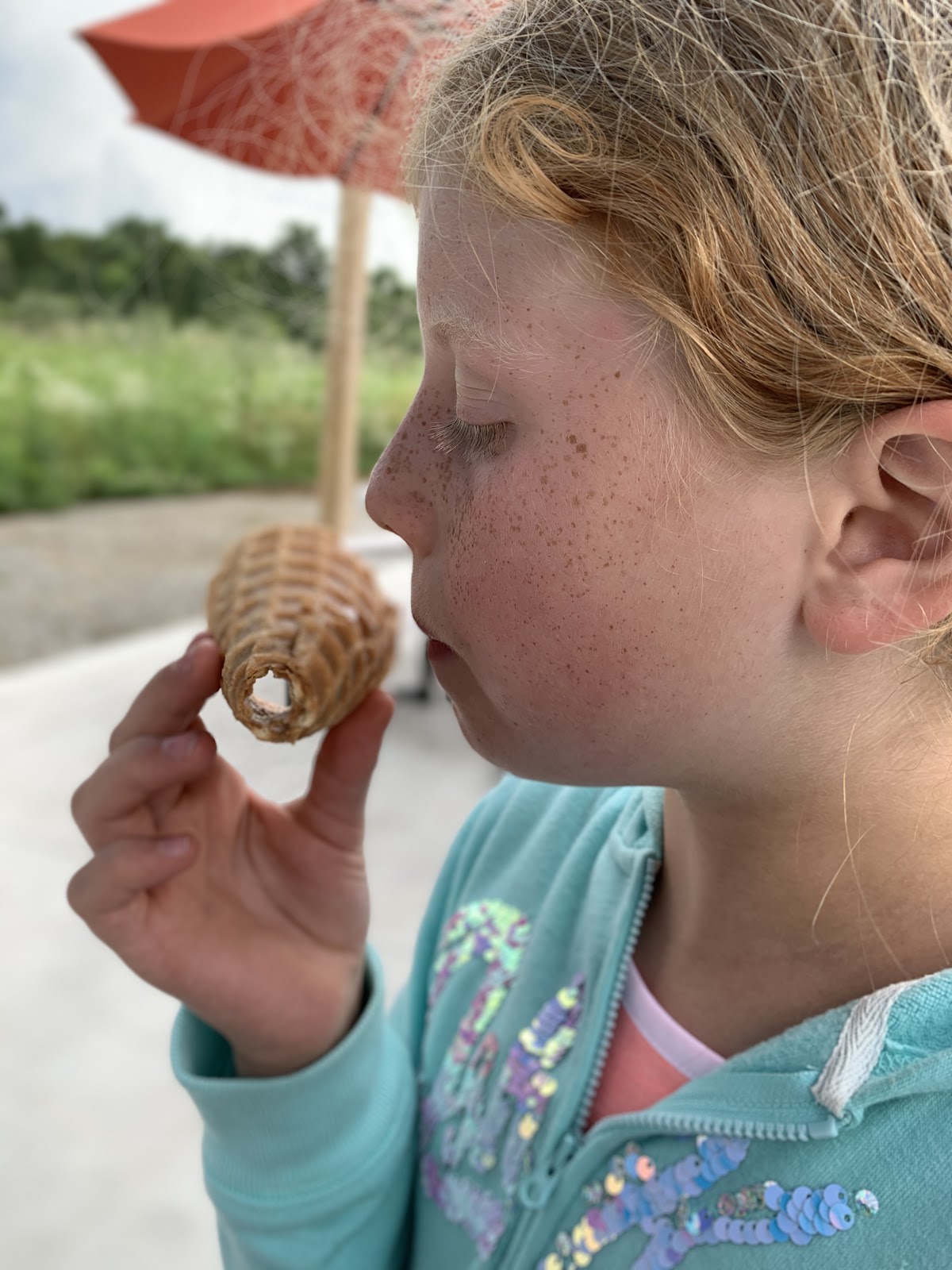 We needed this weekend so badly and I am so grateful I listened to the prompting to just go!  We had so much fun and there was very little arguing. We didn’t even have to really think of COVID other than to wear masks in the bathrooms and stores. Which only a handful of people complied with. The kids did have a conversation about this and the discrepancy of age limits from one place to the next. We agreed it didn’t matter because we would wear our masks no matter what.

There were many lessons learned on our trip. Such as how to handle when you lost on your bike without mommy with you, how to start a fire and cheat by using lighter fluid when you don’t have enough kindling and the wood is wet, how to cook over a fire, that food actually takes on the taste of camp fire when you make it over the campfire, when you are told to pack a blanket you don’t just pack your character lap blanket, there is always a chance of rain even when it is not forecasted, so you better plan just in case, while camping you will get very dirty and so much more! We made memories that will never be forgotten! Our pictures only paint a fraction of our experience.

Final thoughts and challenge: I could tell the kids needed to get out of the house, and so did I! Camping was a very low risk activity that we did that brought us great joy and a bit of peace before the craziness of the school year starts. I am so thankful that it worked out for us to go.

Is there something you can think of that would be healing and help recharge your family before  this school year starts? Are you able to not question it and just go?! Give it a try! You won’t regret it!